This is long, but for my money, it’s the best thing about the space shuttle ever written. 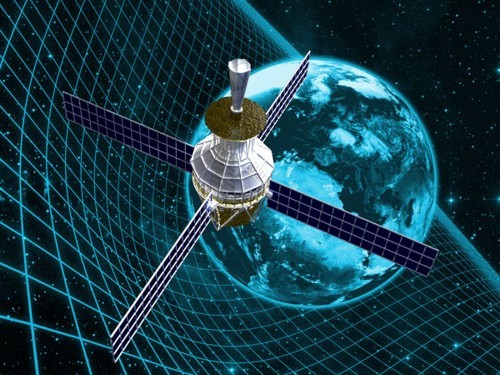 "This is an epic result," adds Clifford Will of Washington University in St. Louis. [...] "One day," he predicts, "this will be written up in textbooks as one of the classic experiments in the history of physics." [...]

The idea behind the experiment is simple:

Put a spinning gyroscope into orbit around the Earth, with the spin axis pointed toward some distant star as a fixed reference point. Free from external forces, the gyroscope's axis should continue pointing at the star--forever. But if space is twisted, the direction of the gyroscope's axis should drift over time. By noting this change in direction relative to the star, the twists of space-time could be measured.


In practice, the experiment is tremendously difficult.

The four gyroscopes in GP-B are the most perfect spheres ever made by humans. These ping pong-sized balls of fused quartz and silicon are 1.5 inches across and never vary from a perfect sphere by more than 40 atomic layers. If the gyroscopes weren't so spherical, their spin axes would wobble even without the effects of relativity.